#3 The Christmas Curiosity Cabinet
You've finally finished the delayed Christmas Dinner, watched Her Majesty addressing the nation and, as you're cosy and rather full, it's time for a little afternoon tipple before the inevitable turkey sandwiches for supper.

What to drink? Sherry? Port? An Old Fashioned or perhaps an Evans Gin & Tonic? All good options, but what about those beverages that only seem to rear their heads during the festive season; Snowballs, Cherry B and the iconic Babycham? Here is an introduction to these classics so that you can make a suitably informed decision on your holiday beverages. 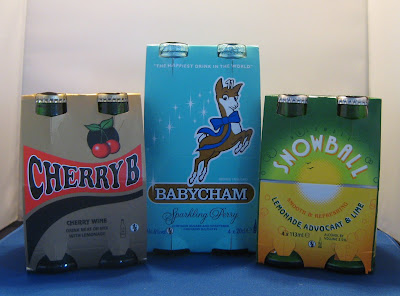 Babycham (6.0%ABV)
A sparkling champagne perry made in Shepton Mallet under the label of the cider company Gaymers. It was created in 1953 and, by the look of the packaging, it hasn't ever changed. Doing a little digging on the Waitrose website, it seems that Babysham was the first alcoholic beverage to be adevrtised on UK TV and was seen by some as representing a form of feminisim from the fifties in the male-dominated UK pubs of the time. Apparently the "cham" in Babycham comes from their logo, which shows a Chamois (a goat-antelope).

Babycham is a golden colour and not too fizzy; it has a slight smell of pears, mixed with a light maltiness. The initial taste is of perry: basic, but okay. The taste doesn't last too long and is a bit flat. One of its most notable characteristics was a finish which is reminiscent of corn savoury snacks, such as Wotsits.

French 7.5mm*
1 lump of sugar, 3-4 drops Orange Bitters
Juice 1/4 lemon, 15-20ml Gin
Babycham
Add the Orange Bitters to the suagr cube in the bottom of a Champagne Flute.
Add enough gin to cover the sugar cube, add lemon juice, give a little swirl and
top up with Babycham.

In case you haven't guessed, this is a tongue-in-cheek "baby" version of the French 75 (supposedly named after the 75mm artillery piece). 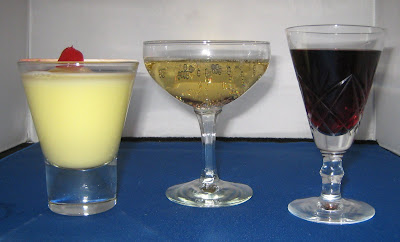 Cherry B. (11.5% ABV)
Served in small, crown-capped bottles, Cherry B is a cherry wine that is best served on ice or with lemonade. As with the other two drinks, this brand is managed by Constellation Europe, a Guildford-based drinks company. Further information on this is thin on the ground.

Cherry B tastes a bit like cherry pie filling. It looks dark and could easily be mistaken for port. On reflection, this tastes predominently of wine and not of cherries. It tastes like it should be more syrupy or sticky then it actually is, which is a good thing. Unfortunately, it has a metallic aftertaste, which easily counteracts any inital pleasant flavours. 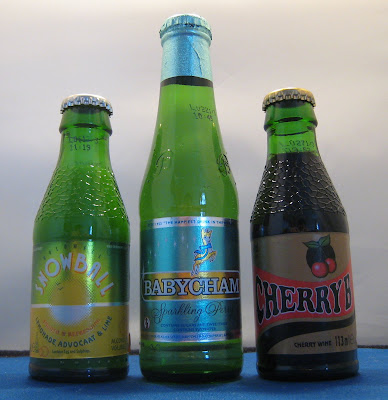 Snowball (3.5% ABV)
This a premixed version of the advocat, lime and lemonade cocktail and was made by Goldwell until 1989. It is now made in Shepton Mallet under Constellation Europe (just like Babycham).
The vintage mascot of Goldwell's drink, Susie Snowball, suggests that it "gives you that oooh! feeling", but, judging by the reaction of a friend who tried it yesterday, I would say that it gave him more of an eeew! feeling.

For the record, despite the above, I quite like Snowballs and they are the firm favourite of dear Mumsie and have been for decades. So, on to the taste:

For me, this was unquestionably the best of the bunch. Visually, it reminded me of a light custard or lemon curd. It tastes very sweet and a touch sickly; after the initial sweet creaminess, you feel the bubbles of the lemonade, followed by some citrus notes. I'd like to do a compariosn with this and a freshly mixed snowball. For interest alone, this is recommended.

All three are available from Asda (Babycham is also available here in 70cl) and they cost about £3 for a pack of four.
Tescos sell Babycham and Snowballs for a similar price.
Posted by David Bridgman-Smith at 04:08