Win a bottle of Yuletide Gin!

Those irrepressible kids at That Boutiquey Gin Company have dug even deeper in their search for unlikely gin botanicals, with the release of their Yuletide Gin. While Sipsmith have a Mince Pie Gin and Sacred offer a Christmas Pudding Gin, TBGC have attempted to capture the entire season, starting with conventional botanicals such as juniper, cassia, nutmeg and cardamom, then adding more Christmassy ingredients like cloves, allspice, raisins, dates, and finally some off-the-wall things like panettone, gold, frankincense and myrrh, and a whole gingerbread house. (The gold is in the form of gold flakes in the bottle, like Goldwasser, which gives the whole thing a snow globe quality.) They probably even bubble some Goodwill to All Men through it just before bottling.

What does it taste like? I’ve no idea. The one bottle that they have sent me is a prize for one of you. Yes, you could be the lucky winner of this eccentric elixir. Then you can tell me what it tastes like.

To be in with a chance of winning, email whowantstoknow@thecandlelightclub.com with your answer to the following question: which of the following is NOT a genuine ingredient used to flavour TBGC’s Yuletide Gin:

Closing date is Friday 14th December. The winner will be drawn at random from the correct answers received.

Terms and conditions:
• You must be aged 18+ to enter
• The prize is a single 50cl bottle of That Boutiquey Gin Company’s Yuletide Gin
• There will be one winner, drawn at random from those who have sent in a correct answer by the close of business on Friday 14th December. You will be contacted by email and asked to supply an address that we can mail the prize to
• Competition open to UK entrants only
• No purchase is necessary to enter
• Winners will not be made to pay more to enter

Six of the best from Suntory's painstaking gin 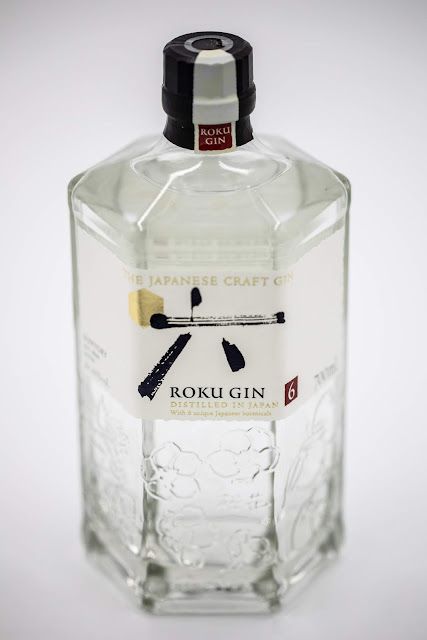 Earlier in the year I had a chance to taste Roku gin while visiting a friend, and found it arresting. Now I see that it is being stocked by my local Sainsbury’s supermarket, currently at a very reasonable £25, and I have found it more intriguing than ever.

Produced by Japan’s Suntory, this is the first Japanese gin that I can recall trying (I’m not counting Jinzu, a “Japanese-inspired” gin made in Scotland)—though in fact Suntory launched a gin called Hermes as far back as 1936. I’m a big fan of Japanese whisky (or I was until prices went through the roof), which seems to me to be characterised by a subtle complexity, poise and harmony. And I get something similar from this gin.

Opening the bottle I am relieved to be hit initially by a wave of juniper—so this is not one of those gins that feels the need come up with crazy, unginlike flavours to draw attention to itself. After that I get something crisp and fresh like apples, then a distinct citrusy layer of orange and cinnamon, followed by a sweetness that is both floral and fruity like cherries. Woven into this are savoury hints of cucumber and peppery celery. This is quite a complex nose.

In the mouth it is soft and round, easy to drink and sweetish without being cloying (or actually sweet). There is orange again and a distinct nutty fullness on the tongue.

So what is actually in Roku? It has eight traditional botanicals: juniper, coriander seed, angelica root and seed, cardamom, cinnamon, bitter orange peel and lemon peel. To these are added six distinctly Japanese botanicals: sakura flower (cherry blossom), sakura leaf, sencha tea, gyokuro tea, sanshō pepper and yuzu peel. The gin is made at what the Suntory website calls their “Liquor Atelier” (images of starving distillers eeking our a living in a gloomy garret to bring their art to the world), using different distillation techniques for the various botanicals. “For instance, the delicate scent of cherry blossom is drawn out through vacuum distillation in stainless pot stills, whereas the deep flavour of yuzu is achieved by distillation in copper pot stills.”

Those six botanicals give this gin its name—roku meaning “six” in Japanese—and images of them are embossed on the fancy six-sided bottle. In a further layer of resonance, the sakura represents the spring, tea the summer, sanshō the autumn and yuzu the winter.

So that list explains some of the flavours I’m getting, such as the orange and cinnamon, the cherry, the florality of the Angelica and perhaps that pepperiness I associated with celery. Yuzu is a sour citrus fruit that looks like a pale yellow-green satsuma and tastes, it is usually said, like a lime crossed with lemon or grapefruit. I gather that sanshō peppers are citrusy too, which will be contributing to the gin’s citrus character.

Roku is not the first gin I’ve tried with tea in it—Beefeater 24 likewise features sencha tea as well as Chinese green tea, and Adnams Rising Sun gin has Japanese matcha tea as a botanical. I found the tea flavour easier to pinpoint in Rising Sun than I did in Beefeaster 24, and in Roku it is likewise not something that leaps out at me. I return to the empty glass and waft it under my nose—it’s citrus that is most prominent, plus cinnamon, angelica and fruity cherry and plum. I can certainly believe that I’m getting the aromatic dryness of tea, though I’m not sure I would have identified it unprompted. (Incidentally, I return to the empty glass an hour or two later and I’m now just smelling faint lime.)

Roku is fascinating and approachable enough to drink neat, and it certainly makes a refined and thought-provoking Martini. The preferred serve seems to be a G&T garnished with matchstick-sized strips of fresh ginger. The flavour of the ginger is at first low-key, but it gradually spreads; and its fiery, rooty spice does seem to blend elegantly with the citrus and floral elements of the gin. I also tried a Negroni and, while all these work perfectly well, I still feel that the subtle sophistication of this gin works best unencumbered by other ingredients. Try it in a Martini or just on its own. I thought about making a gin Old Fashioned but, sipped simply on the rocks, Roku’s velvet mouthfeel doesn’t need any sweetening and its complex balance of fruit and savoury layers does not need the aromatic lift of bitters.

Posted by Clayton Hartley at 17:18 No comments: