Drinking in the Night Garden 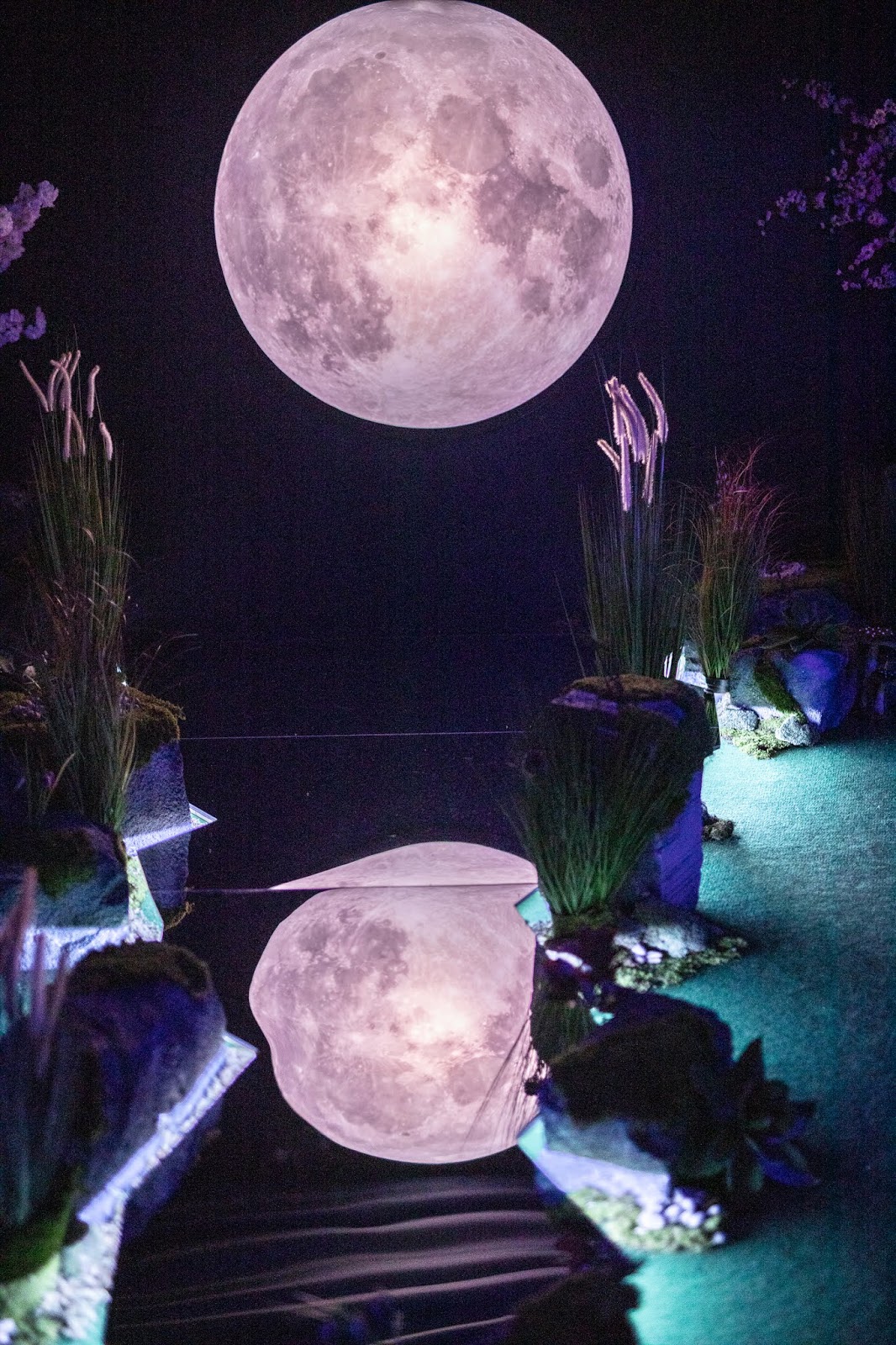 To Knightsbridge, for the launch of a new gin from Hendrick’s. It’s called Lunar Gin, and it’s intended to be a gin for later in the day, even after dinner. As such it’s richer than the regular gin: ordinary Henrick’s has rose in it, but the Lunar Gin adds “the aroma of night scented flowers” and some citrus. (For more on the making of regular Hendrick's see this post.)

The event was in a room at the top of Harvey Nichols, the up-market department store where spirit brands often launch exclusively. One room had been turned into a dimly-lit night garden, dominated by a nicely realised moon, about four feet high and slightly convex, mounted on one wall, with various plants, a garlanded swing and other garden furniture, a babbling fountain and various bits of mirror standing in for a reflecting pool. Eerie womblike noises were piped through speakers. The entrance corridor was lined with foil (which reminded me of the gold foil on lunar landing modules—not sure if this was deliberate) and had a mirror floor, which is rather disconcerting as it makes you feel as if you’re stepping off a precipice. 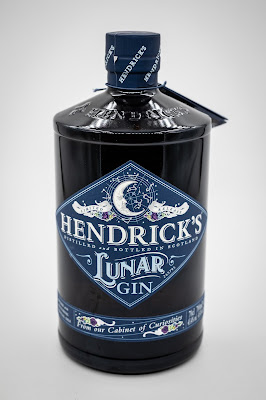 We were greeted by two actors, with long “eccentric” names, one playing an astronomer and one an astrologer. They delivered vague monologues about the moon’s influence on us, regularly breaking into well-known songs about the moon (‘Blue Moon’, ‘By the Light of the Silvery Moon’, etc). We’d been asked in advance what our star signs were, which obviously raised both suspicions and hackles, but this didn’t really come up. Instead one of the actors asked what my spirit animal was. Of course his was the wolf, but he didn’t seem to believe me when I told him mine was the tapeworm. In any case we agreed that tapeworms didn’t make a sound that you could emulate while gazing at the moon.

The brand ambassador wasn’t giving away the precise botanicals but emphasised the rich floral character. Floral is certain how you’d describe it, but it’s a warm, spicy kind of florality. The barman went further, explaining that various essential oils are added to conventional Hendrick’s gin, including lavender; I can certainly believe I get lavender on the nose. Tasted neat it has a rather thin, astringent, bitter finish, but I don’t suppose it’s intended to be drunk that way. We were offered a Lunar Gin and tonic and a cocktail called a Once in a Blue Moon. The G&T was garnished, as ever, with cucumber and also some pepper—being right under your nose they rather dominated what you smelled, but the gin certainly makes an agreeable drink. The cocktail contained gin, lemon juice, egg white and blue curacao, so is essentially a White Lady which is blue, rather a shrewd safe bet while harmonising with the purple/blue tones of the room.

Back home I tried making an Aviation, figuring that the floral character of the gin should work well with the cherry and violet ingredients. In fact the gin rather disappears in this combination. On the other hand I think it makes rather an approachable Martini, with the vermouth (and the dilution from the ice) taking the edge off the spirit, allowing the warm, inviting botanicals to work their magic. The key serve actually seems to be the Moonlight Buck, gin with ginger ale and lemon juice, and they also suggest just making an Old Fashioned with it. I try making a Buck at home with Fever Tree ginger ale and it does work—it strangely brings out the lavender quality, which for some reason does harmonise with the ginger.

Hendrick’s make great play of the way their gin is lovingly made in small batches of just 500 litres. In fact, despite their eccentric, “not-for-everyone branding”, it now has a huge market all over the world and they have expanded their distillery to meet demand (it’s a “multi-shot” gin, with each batch of distillate made with a very high botanical intensity, a sort of gin concentrate, which is then blended with water and neutral grain spirit to produce the right dilution and volume for bottling). This ubiquity is partly what is behind limited editions like the Lunar Gin, to have something else that is rare and quirky. Last year they released their Midsummer Solstice gin—originally created for Global Brand Ambassador Duncan McRae’s wedding, before the subsequent decision to go commercial with it—as well as Orbium, a sort of gin–absinthe hybrid with wormwood, quinine and blue lotus that is definitely seen as “not for everyone”. (I keep wanting to call it Opprobrium, though in fairness I’ve yet to try it.) These offshoot products are described as coming from master distiller Lesley Gracie’s “Cabinet of Curiosities”, “a place of experimental botanic alchemy”, so you can see that they are keen to hang on to their playful, oddball image and not become a faceless juggernaut brand. 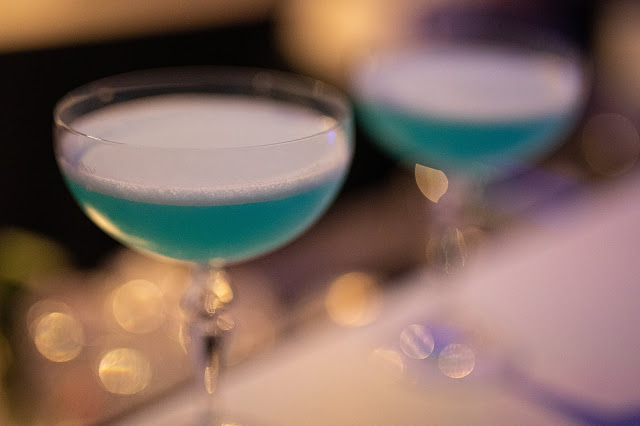 If you wish to sample the Hendrick’s Lunar Gin Experience for yourself, it will remain until 1st March. Tickets are £8, including a drink, from www.harveynichols.com. Lunar Gin is currently available from a limited number of outlets at £35.99 for 70cl (though I’m sure when I visited Harvey Nicks the bottles were price-tagged at £47…). 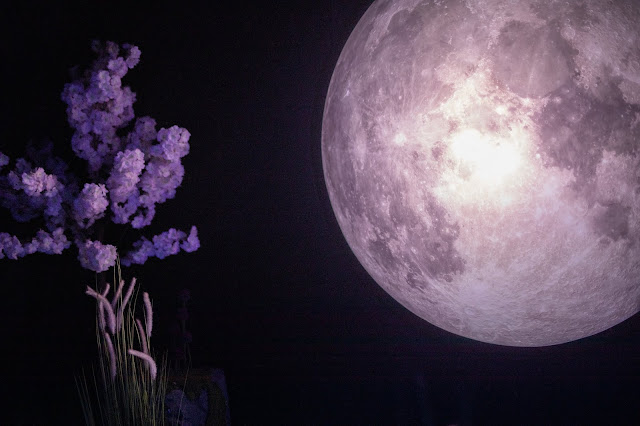 You can see more photos from the Lunar Gin Experience in this album on Flickr.
Posted by Clayton Hartley at 16:54 No comments: