One small dinger for mankind

I have a troubled relationship with grenadine.

It’s an age-old cocktail ingredient, a syrup or cordial traditionally made from pomegranate (it’s name coming from grenade, French for pomegranate), sometimes slightly alcoholic. But modern grenadine is berry-based, mostly blackcurrant. Syrup merchants Monin acknowledge this shift by producing both a “grenadine” and a “pomegranate syrup”. I don’t know why this change happened—perhaps because traditional grenadine is both sweet and tart, and modern palates maybe hanker after something less edgy.

In any case, I find all commercial grenadines have a bubblegum confectionary flavour that, even in small quantities, ruins most cocktails. (Monin’s pomegranate syrup is better, but still a bit synthetic.) So nowadays I make my own, very simply, by mixing equal parts POM Wonderful pomegranate juice (it comes in a dopey-looking segmented bottle but it is 100% pomegranate, apparently) with granulated sugar, heated in a pan until it all dissolves then allowed to cool. (Normal cocktail syrup I make with a ratio of two parts sugar by volume to one part water, but when I tried that with pomegranate juice I discovered that it set into a jelly at room temperature. Something like pectin in the juice? Who knows. But at 1:1 it stays liquid and, kept in the fridge, it seems to avoid going mouldy for a surprisingly long time.) 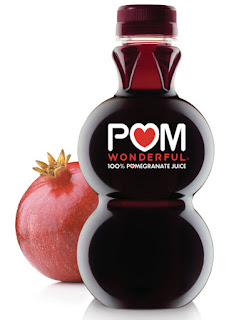 Anyway, I mention all this because I’d like to introduce you to a cocktail that, for my money, makes grenadine taste good. It’s called a Small Dinger* and I noticed it printed on the frontispiece of the 1935 reprint of Bar Florida Cocktails, in the 2008 facsimile edition produced by Ross Bolton. Its appeal lay in its simplicity and, at the same time, its oddness, mixing rum and gin, augmented only with the straightforward sweet-and-sour combo of grenadine and lemon juice.**

But the really odd thing about the Small Dinger is that it really works. For me this is what cocktails are all about—you can pick out the contributions of all the ingredients, but the whole is somehow greater than the sum of its parts. On the nose you notice the fruitiness of the grenadine, then on the tongue you get a clear warmth from the rum, with the sugar spirit flavour coming through, plus the high juniper notes and dry spice complexity of the gin. And the sweet/tart of the grenadine fruit marries well: this is actually quite a high proportion of grenadine (many recipes call for just a dash) but it does not seem cloying as it both has a clear space for itself in the mix and is balanced by the sourness of the lemon juice. (You may need to juggle the exact proportions depending on the sweetness of the grenadine.)

I first tried this cocktail with Botran Reserva rum—I am, as you know, a fan of the whole Botran range. I’ve also tried it with Havana Club 7-year-old. But, as you can see, the original recipe specifies Bacardi rum (back in those days Bacardi was still made in Cuba, rather than Puerto Rico, Spain and other places, as it is now), a white rum, I assume; so I also tried it with Botran Reserva Blanca and Brugal Blanco. Frankly it works with all of them, though my personal preference would be the darker Botran Reserva, where the complex mid-range notes of dried fruit, vanilla an chocolate slot nicely in with the fresh fruit flavours and the high spice notes of the gin (I’ve been using Tanqueray as a typical, classic style for this experiment).

All I can really say is: try it. It needs no special ingredients (well, I would advise making your own grenadine, though it may work with commercial stuff) but represents that sort of mixological earth magic that we all have easy access to.

* You will find some suggestions online that the name is lewd, but so far as I can tell a dinger is just a contraction of 19th-century humdinger—a thing that is an excellent example of its kind.

** It’s not a common cocktail but some recipes you’ll find actually specify lime juice. It’s a bit of a controversy because some of these early Cuban books talk about limón verde, meaning lime, but which was sloppily translated just as “lemon”. Yet this recipe, as you can see, specifies simply jugo limon, so I assume we’re on fairly safe ground using lemon juice. It works nicely with lime too.
Posted by Clayton Hartley at 12:55