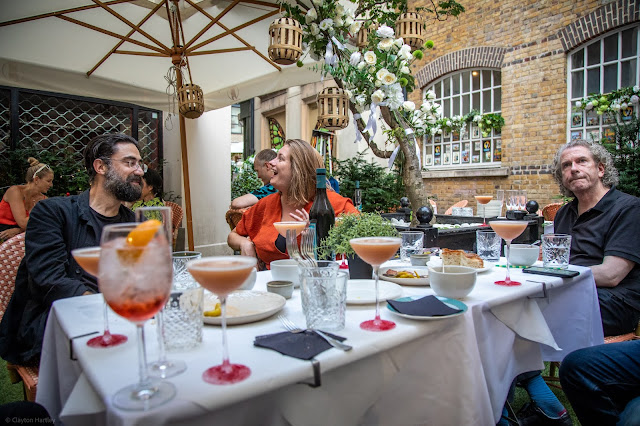 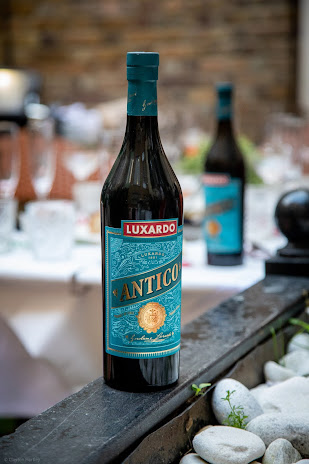 It was nice to be invited out on "Freedom Day"—last Monday, the day that Covid-related social restrictions were lifted here in the UK (though for how long, who knows?). In this case it was to a celebration of 200 years of Luxardo, most famous for their maraschino liqueur—see my previous analysis of the singular way they make it. It was a small gathering of only a dozen or so: previous plans for a big party had had to be abandoned, what with the plague and everything. Incidentally, the event falling on Freedom Day was a coincidence: the real reason they chose 19th July was that this is the 200th day of the year.

The venue was a "secret piazza" created for the summer at Hush Mayfair in London. Turn off Brook Street down Lancashire Court and you'll find an open courtyard with outdoor tables and a cocktail menu featuring Luxardo products. I'm not sure how Italian it really feels but being outside is a boon during Covid times. Here we sampled the new Antico vermouth-style aperitivo—not technically a vermouth because it is made from fermented cherry juice rather than grape wine, but it tastes very similar to red vermouth, with a hint of cherry at the end. I liked what I tasted and would be keen to try Manhattans and Negronis made with it. 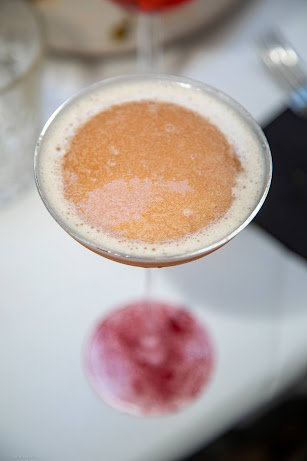 We tasted the Antico neat, in a Spritz and also in a sgroppino, a traditional Venetian combination of lemon sorbet, vodka and Prosecco, in this case with added Antico. It's kind of a cross between a drink and a dessert and was probably the highlight of what we sampled on the day. The red powder sprinkled on the base of the glass was apparently dried raspberry, though I couldn't find a practical way of verifying this…

We were also honoured to get a taste of the Perla Dry Riserva Bicentenario, made from 50-year-old cherry distillate. It has less sugar than regular Luxardo maraschino; in fact it has a nose a bit like fino sherry and tastes a lot like grappa with notes of almond and chocolate. But don't expect to spend the summer swigging the stuff, as only 12 bottles are destined for this country (one of which I assume is the one I photographed here), at a price of £120 each. 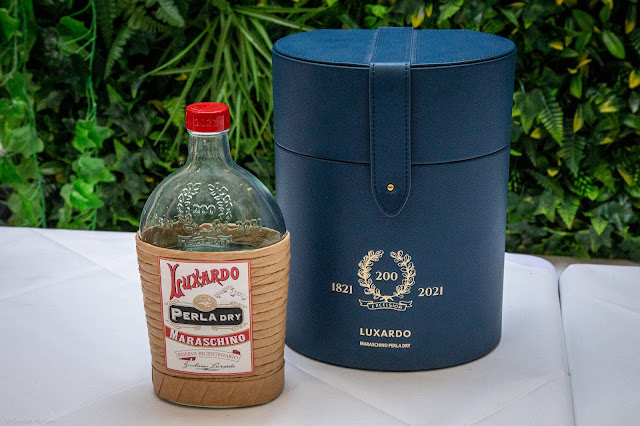 Thanks to David T. Smith of Summer Fruit Cup for swinging me the invitation. The Luxardo Secret Piazza will be at Hush Mayfair until 30th September. 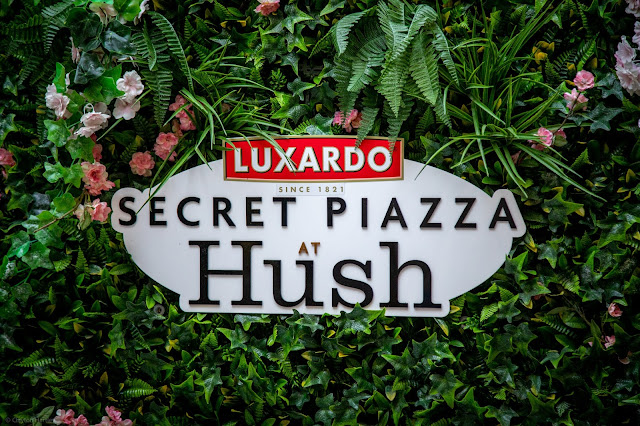 Posted by Clayton Hartley at 03:26