Cream of the crop


If you grew up in the same era as me you’ll know the Brandy Alexander as a classic, classy, creamy, after-dinner sort of cocktail: equal parts brandy, crème de cacao and cream, sometimes served with a garnish of nutmeg or grated chocolate flake on the top. But it never occurred to me at the time that the reason it was called a “Brandy Alexander” was because a conventional Alexander was made with gin.

Visiting my parents-in-law recently I submitted to my usual duties as barman. My father-in-law has one of those wonderful freestanding bars on casters that probably haven’t been made since the 1970s. (He is an ancient mariner so his has a ship’s wheel on the front and I have visions of him tacking lazily across the living room floor after a few pink gins.) I found a glass cocktail shaker that, judging by the graphics printed on it, must date from the 1950s. It’s the kind that has measurements up the side for various traditional combinations, and I noticed the “Alexander”. This got me thinking about the cocktail. We don’t often have cream sitting around in the house but after a spaghetti carbonara fest we had a bit left over so as a nightcap on I cooked up a classic Alexander.

And I was blown away. Why have I not met this cocktail before? I would not have guessed that gin and chocolate would go together at all but it’s an awesome combination. I suppose chocolate and fruit (orange, blackcurrant) are often paired, so it’s not so strange. 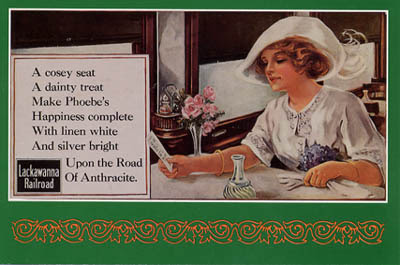 The earliest printed recipe for an Alexander is in Hugo Ensslin’s 1915 Recipes for Mixed Drinks and the story goes that it was invented by Troy Alexander who worked at a New York lobster restaurant named Rector’s. A party was being held for Phoebe Snow—a fictional character who advertised the Delaware, Lackawanna and Western Railroad. Phoebe always wore a white dress to emphasise the fact that DL&W trains were cleaner because they burned anthracite rather than normal coal. Focusing on this pure white concept Troy came up with:

This was white crème de cacao rather than the brown version more common now. (Depending on the brand it may or may not taste the same: if you’re a member of the New Sheridan Club, have a look at the article on pages 22–23 of the latest Newsletter, where m’colleague Mr Bridgman-Smith presents a table analysing the effects on this drink of different colours of Giffard crème de cacao and different base spirits.)

A lot of modern recipes call for double cream, but I think single cream makes the point perfectly well and is less likely to make you throw up if you drink too many. I also agree with later writers, including Peter Benchley, writing in 1940, and Harry Craddock in his Savoy Cocktail Book (1930), that a better ratio is 2 parts gin to 1 part each of the other ingredients, though David Embury (who was clearly fundamentally suspicious of the drink), in the The Fine Art of Mixing Drinks (1948), suggested boosting the gin to 6 parts to try and create a pre-dinner version that wouldn’t ruin your appetite.

Judging by DBS’s lab results I’d be inclined to stick with the more cocoa-flavoured brown version of the liqueur. I was also using SW4 gin, an ebullient juniper-heavy brand that stands up well to the richness of the other ingredients.

While we’re on the subject of creamy gin-based cocktails, what else can we try? There’s the Alexander’s Sister—equal parts gin, cream and crème de menthe—about which Craddock rather strangely comments, “Ladies are advised to avoid this Cocktail as often as possible.” Even if we ignore the odd wording* it makes you wonder why—is it because they will find it horrid, or because they’ll like it so much they’ll become hopelessly addicted (lacking the willpower of a man, perhaps?), or that it might have some deleterious effect on their complexion? I have no idea.

Anyway, it’s quite a tasty beverage, though the balance seems out to me: it is improved by again raising the gin to 2 parts and further by adding half a measure of brown crème de cacao (taking it in the direction of the Grasshopper, which is equal parts crème de menthe, crème de cacao, cream and milk).

I also tried making a cocktail of gin, cream and absinthe (because I’m like that) and it was remarkably good. If you just don’t like anise (Mrs H. included) don’t bother, but I found it did a good job of bringing out some of the secondary flavours in the absinthe—which is a pretty complex drink if you give it a chance. I used some Doubs absinthe I had knocking around.**

Finally there is another of my own inventions, coined on the spur of the moment in November to celebrate the success of our plucky boffins working on the Large Hadron Collider who smashed some lead ions together and created a “mini-Big Bang”***. This happened at a temperature a million times hotter than the core of the sun. “At these temperatures,” said a boffin, “even protons and neutrons, which make up the nuclei of atoms, melt, resulting in a hot, dense soup of quarks and gluons known as a quark-gluon plasma.” I suppose I should have served the drink mulled but it’s nice chilled too. I think the combination of triple sec and crème de violette is actually rather interesting

* Saying “as often as possible”, rather than “as much as possible”, opens the philosophical question of exactly how you measure how many times you have not done something.
** I think there is a new Doubs (named after the river) that is a proper distilled absinthe, but this one, which is quite a few years old, is probably a cold-infused faux absinthe, judging by the rather unnatural colour. I would certainly like to try this cocktail with a decent modern absinthe, such as Butterfly or one of Ted Breaux’s Jade range. Or indeed a bleu such as Clandestine or La Maison Fontaine, in which case it might not need the syrup.

*** Surely a contradiction in terms: does it not just cancel out and become a Medium Bang? 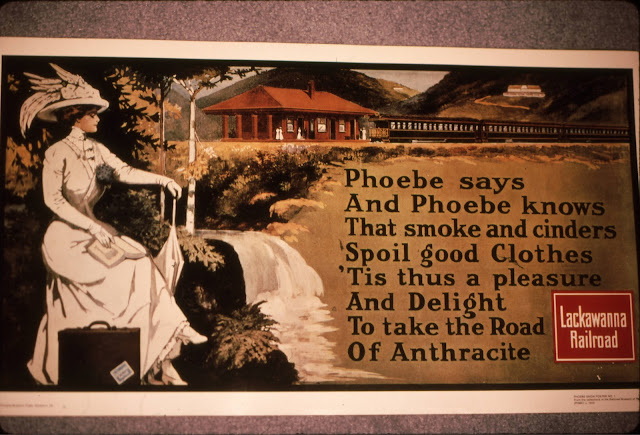 Posted by Clayton Hartley at 07:16